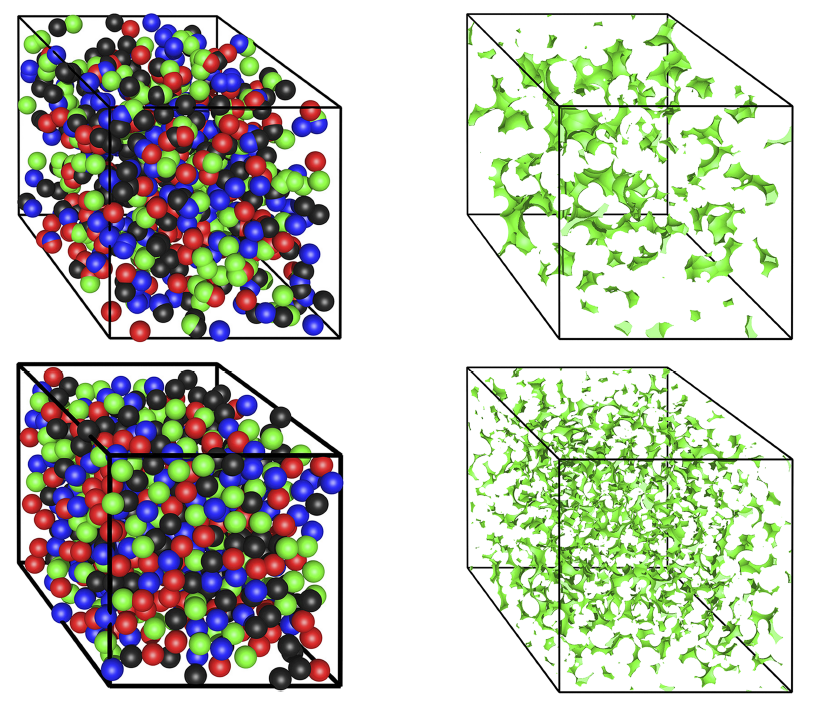 Disordered hyperuniform many-particle systems have attracted considerable recent attention, since they behave like crystals in the manner in which they suppress large-scale density fluctuations, and yet also resemble statistically isotropic liquids and glasses with no Bragg peaks. One important class of such systems is the classical ground states of “stealthy potentials.” The degree of order of such ground states depends on a tuning parameter. Previous studies have shown that these ground-state point configurations can be counterintuitively disordered, infinitely degenerate, and endowed with novel physical properties (e.g., negative thermal expansion behavior). In this paper, we focus on the disordered regime (\(0 < \chi < 1/2\)) in which there is no long-range order and control the degree of short-range order. We map these stealthy disordered hyperuniform point configurations to two-phase media by circumscribing each point with a possibly overlapping sphere of a common radius \(a\): the “particle” and “void” phases are taken to be the space interior and exterior to the spheres, respectively. The hyperuniformity of such two-phase media depends on the sphere sizes: while it was previously analytically proven that the resulting two-phase media maintain hyperuniformity if spheres do not overlap, here we show numerically that they lose hyperuniformity whenever the spheres overlap. We study certain transport properties of these systems, including the effective diffusion coefficient of point particles diffusing in the void phase as well as static and time-dependent characteristics associated with diffusion-controlled reactions. Besides these effective transport properties, we also investigate several related structural properties, including pore-size functions, quantizer error, an order metric, and percolation thresholds. We show that these transport, geometrical, and topological properties of our two-phase media derived from decorated stealthy ground states are distinctly different from those of equilibrium hard-sphere systems and spatially uncorrelated overlapping spheres. As the extent of short-range order increases, stealthy disordered two-phase media can attain nearly maximal effective diffusion coefficients over a broad range of volume fractions while also maintaining isotropy, and therefore may have practical applications in situations where ease of transport is
desirable. We also show that the percolation threshold and the order metric are positively correlated with each other, while both of them are negatively correlated with the quantizer error. In the highly disordered regime (\( \chi \to 0 \)), stealthy point-particle configurations are weakly perturbed ideal gases. Nevertheless, reactants of diffusion-controlled reactions decay much faster in our two-phase media than in equilibrium hard-sphere systems of similar degrees of order, and hence indicate that the formation of large holes is strongly suppressed in the former systems.