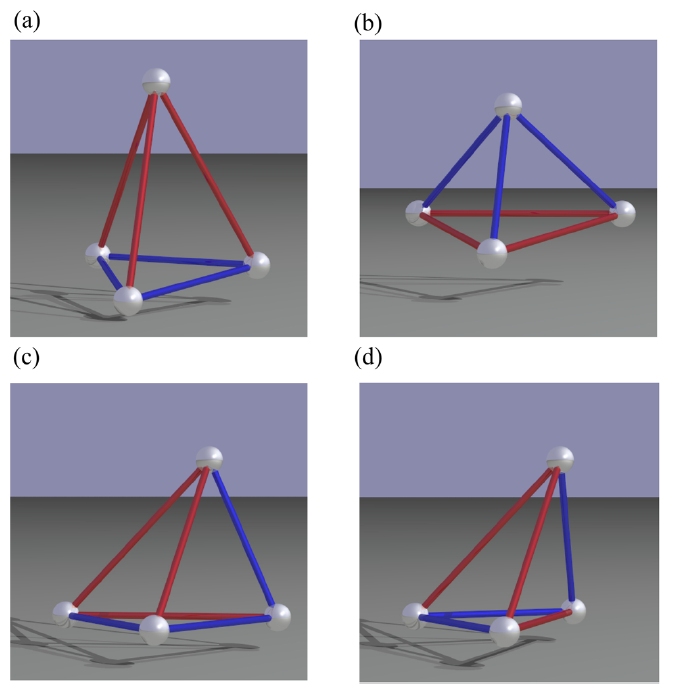 A traditional basic descriptor of many-particle systems has been the distribution of interparticle pair distances. In the case of structureless particles at thermal equilibrium, with just additive pair interactions, this suffices to determine pressure and mean energy. However, it is usually the case that a given set of pair distances can emerge from a multiplicity of distinguishable many-particle configurations. This paper focuses on the ways in which such a configuration detail can be overlooked. After providing some elementary small-system examples in which full pair distance specification still permits distinct configurational pattern ambiguity, subsequent analysis concentrates on large-system classical canonical ensembles. In that context, configurational degeneracy is analyzed in two-dimensional systems for the shape distribution of triangles, whose chirality occurrence can be controlled by suitable three-particle interactions. For many-particle systems in three dimensions, the possibility is explored that a set of three-particle “pair-invisible” interactions can exist which modify the three-particle distribution function, but which have no effect on the pair distribution function, and thus remain undetected by conventional diffraction experiments. For illustration, a specific mathematical example is presented, applicable to the case where two-particle interactions vanish.